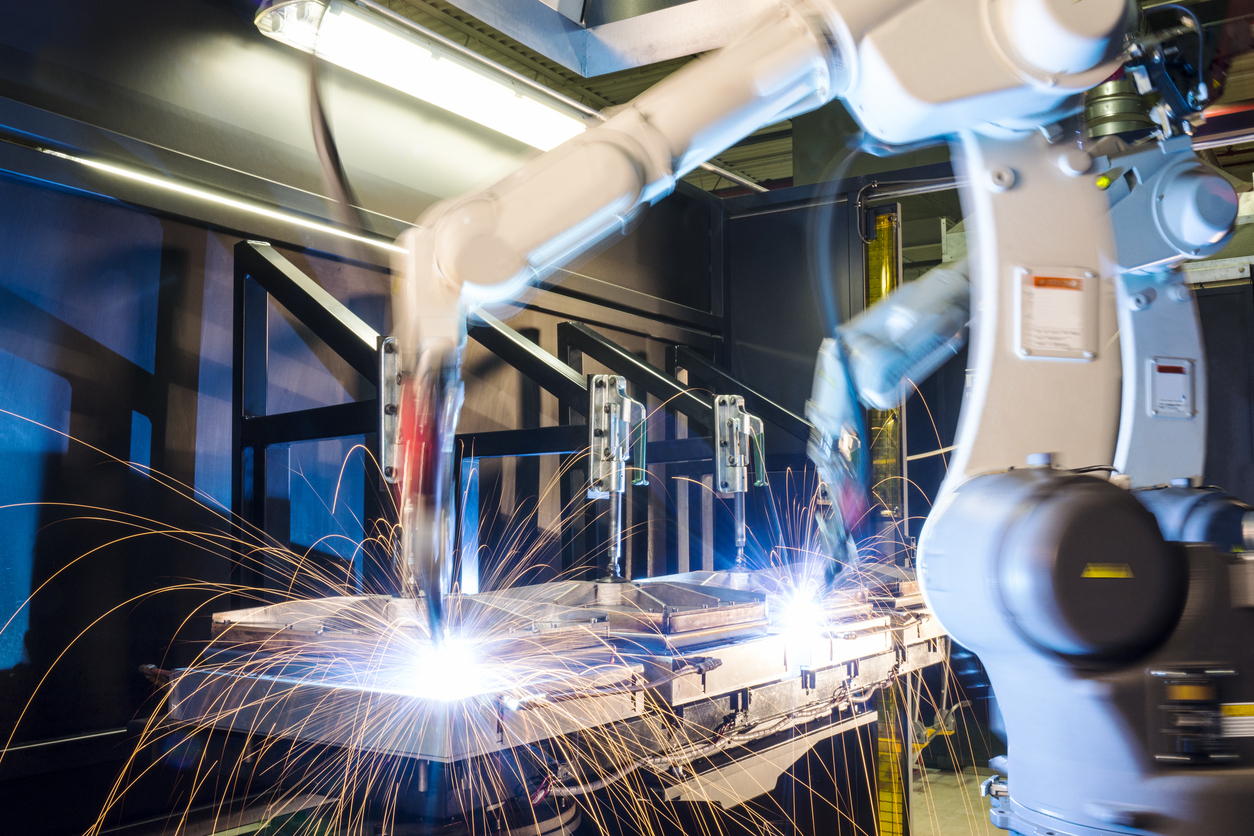 Today’s manufacturers are seeking ways to streamline production processes and reduce costs. The use of robotic systems is a way for manufacturers to achieve these objectives. A robotic system is a group of collaborative robots working together in a shared space vs. individual robots dedicated to one task. Collaborative robots have grown in popularity over the last few years because they can be more cost-effective than traditional robots, which are usually expensive single units that must be caged-off from humans for safety purposes. Robotic systems can bring about many benefits for manufacturers. These benefits include faster output, lower costs, and safer workplaces. Read on to learn more about the advantages of robotic systems in your manufacturing facility.

One of the biggest benefits of robotic systems is the increased speed in production. Compared to traditional manufacturing methods, robotic systems can produce goods more quickly. This can come in handy when you’re trying to meet customer demand. Robotic systems can produce products at a rate of up to 1,000 pieces per day. Traditional methods cannot approach this level of production. As a result, you may sometimes have to turn customers away because you simply don’t have the capacity to deliver their orders. Robots work around the clock, with minimal breaks or downtime. They don’t require rest breaks, sick leave, vacations, or other forms of time off. This means they can keep producing goods when humans aren’t working. If your work hours only extend from 9am to 5pm, it’s likely you’ll be able to produce less during those hours compared to a 24/7 robotic system.

When it comes to costs, robotic systems can be more affordable than traditional manufacturing methods. With robotic systems, you don’t need as much space as you would for traditional manufacturing. This is because a robotic system can be operated in a shared space. Robots are also much more efficient at performing certain tasks, like lifting heavy items or moving items from one place to another. Both of these tasks can be dangerous for humans, but robots can handle them easily. When you add up the reduced costs associated with purchasing a robotic system, less space needed in the factory, and lower energy costs from having lighter pieces, you’re likely to see an overall reduction in costs with a robotic system vs. traditional manufacturing. Robots are capable of producing goods with precision. This allows you to create items with a high level of quality that customers will be happy with. Happy customers are more likely to purchase from you again, which can help to increase your sales and revenue.

Manufacturing facilities are inherently dangerous places, especially when humans are exposed to one-off robots that must be caged off for safety purposes. Humans must be cautious around robots, since these machines are capable of causing harm. Manufacturers and workers can be at risk of serious injuries when performing certain tasks. For example, an employee may risk injury when lifting heavy pieces of metal that they’re working with on a conveyor belt. Robots are designed to lift heavy items. They are capable of safely lifting up to 10 times the weight of a human. This can help to reduce the risk of injury from lifting and helps manufacturers to avoid paying costly workers’ compensation insurance.

Unlike traditional robots, which work independently, robotic systems are built for collaboration. Collaborative robots are programmed to work together in a shared workspace. They can execute tasks together and even share information. Robots can use sensors to detect if another robot is nearby. This can help them to avoid running into each other. Collaborative robots can also use barcodes and RFID tags to share information with products and other robots. For example, a robot used for assembling circuit boards could scan a barcode on a circuit board to learn its location within the production line. Robots can also send information to humans. For example, a robot could send a signal when it’s running low on parts or when there’s an error that needs to be corrected.

Robots are capable of producing goods at a much higher rate than humans can. While they can be more expensive than traditional manufacturing methods, they can also save manufacturers money in other areas, such as reduced space requirements and savings on workers’ compensation insurance. Collaborative robots are designed for collaboration and can be shared between multiple robots. This can help manufacturers to increase output, reduce costs, and make their facilities safer for humans.